As part of the Wabash Pastoral Leadership Program I will be traveling to Ireland September 30-October 12. The WPLP is a two year cohort that ends in November and is supported by the Lily Foundation. Originally we were going to travel to South Africa, but COVID prevented that, so instead we have been spending the year learning more about the Troubles between Northern Ireland and The Republic of Ireland, and what conflict resolution looks like in that scenario. We will start in Dublin, but the bulk of our trip will be in Corymeela. Corymeela is a town in Northern Ireland that houses Protestant and Catholic youth who have grown up in a divided country. 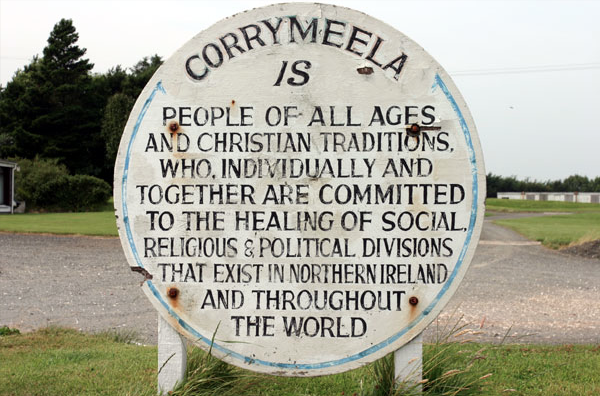 The people of Corymeela try to work through conflict resolution with the youth. We will spend quite a bit of time there, and then travel to the Republic of Ireland to meet more people and see some of the beautiful landscapes of Ireland. I look forward to sharing my trip with you when I return, but if you want to follow my trip and you are on facebook, friend me and you can see pictures along the way (plus, I’d love to connect with you via Facebook if you would like – I’m still learning it and I know I don’t have everyone’s information).

The Troubles have been typically between the Catholics and Protestants in Ireland, but the conflict is more complex, and includes the desire for some to be separate from the United Kingdom. The line is not as simple as religious differences, but is more messy (as most conflicts are). Our own country is divided, sometimes by lines that are obvious, but sometimes it is messier and more difficult to find common ground. I certainly won’t return with all the answers, but I believe each experience brings us closer to where we are meant to be. I look forward to connecting with you when I return!